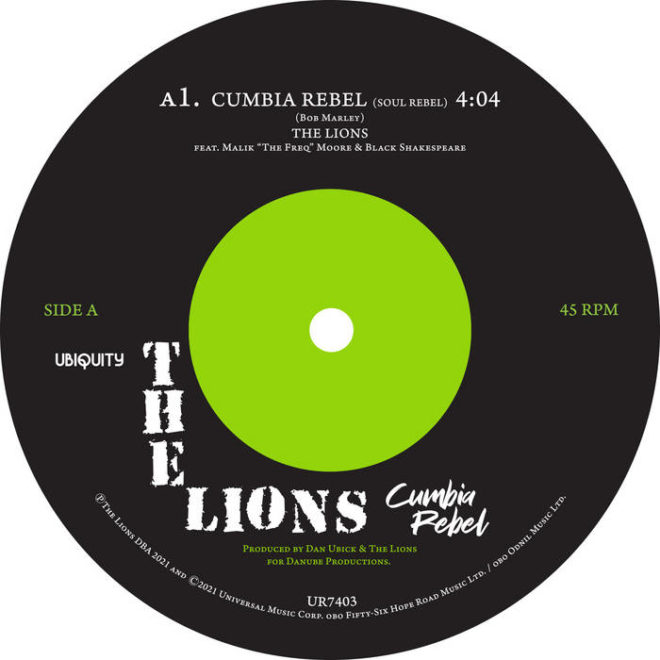 A few years back our drummer Blake Colie had the idea to use “Cumbia Del Leon” from Jungle Struttin’ (Ubiquity) as a rhythmic foundation for a cool Reggae-Cumbia hybrid version of Bob Marley’s classic “Soul Rebel” in our live shows and it went off like fireworks. Every time we played it live the crowd would just go mad so I decided it was time to get it down on wax for posterity. Plus “Cumbia Rebel”, as we call it, shines a light on the melting pot of backgrounds and musical styles that make up the Lions’
extended familyhood and sound.“ – Producer/guitarist Dan Ubick