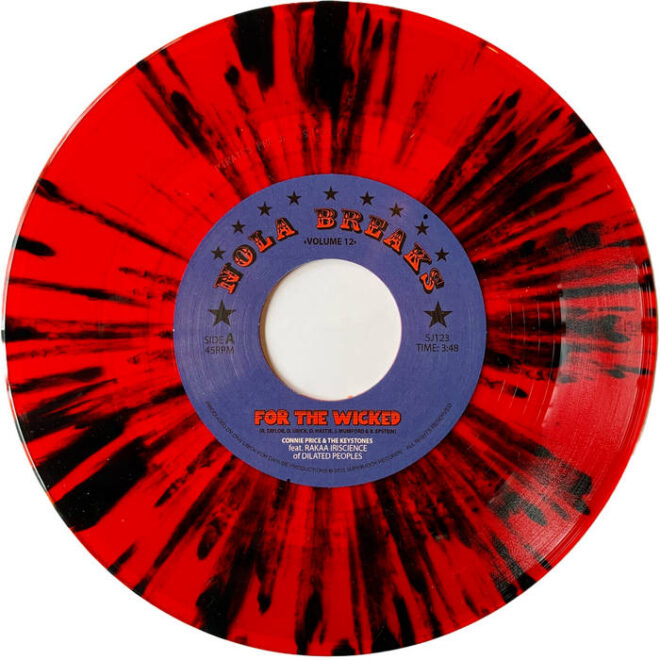 “The soundtrack to keep the wicked in flames” in both words and sounds, this 45rpm will leave you equally angered by the wrongs of the past but with a dip in your hip as you saunter through Congo Square!