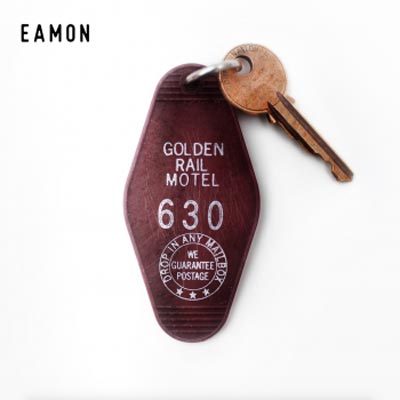 After a decade-long hiatus, Eamon (pronounced Aim-in), the R&B singer and songwriter behind the hit single, F*k It (I Don’t Want You Back) returns with a fiery collection of new material, an album soaked in soul that plays like a modern soundtrack to a bygone era of music making. After selling millions of records worldwide and hitting #1 on the charts in over 40 countries, Eamon returns with a renewed passion on his new full-length LP, ‘Golden Rail Motel.’ The LP not only signifies a return of one of R&B’s most powerful voices, but also serves as a new chapter for Eamon, both personally and professionally. An early onslaught of fame, money, and all the trappings of instantaneous, worldwide success led to hardships and struggles for the young Eamon, and his demons almost derailed his very promising career and life-a journey that is captured in several songs on the album. The track “You And Only You” was featured in the blockbuster film Oceans 8.